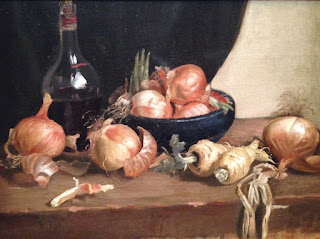 Today I went to see Hans and Nora Heysen: Two Generations of Australian Art at the NGV Federation Square.  Having read an excellent biography of Nora Heysen by Anne-Louise Willoughy, I was really keen to see more of Nora Heysen’s work in person. Willoughby’s biography refers to the impact of being the daughter of a famous artist (Hans Heysen) on Nora’s work and development as an artist in her own right.  As I worked my way around the exhibition of both their work, I was left in no doubt that Nora was very clearly an exceptional artist, regardless of who her father was.  The exhibition at times focuses on the common ground of the two artists with examples of their work on the same subject material.  In a particularly striking example, two paintings, side by side, tell a story.  Referring to Nora’s work ‘Still life with onions’ (1927) the exhibition notes state: “Anecdotally, this composition was a source of minor irritation to Nora. Having arranged the vegetables to paint herself, she went briefly away and returned to discover her father painting his own version” (which is displayed alongside it). As I looked at these two images – and I have to say I prefer Nora’s – I felt irritated on her behalf.  I can imagine sixteen year old Nora (yes, SIXTEEN) feeling annoyed at her father for barging in and taking over, helping himself to her still life set up, creating his own work almost as an unstated criticism – ‘watch and learn’.  Then I remembered something that had happened in my own life the day before.  When my teenage daughter had expressed an interest in doing a particular craft project, rather than let her do it her own way, I went ahead and started it off for her, outlining how it ‘should’ be done, even though she’d explained how she wanted to do it.  Here was my own ‘Hans’ moment.

I continued to make my way around the gallery, walking around it several times, all the while reflecting on how this particular parent/child dynamic may have impacted on Nora’s work.  Once she had left home, moved out of Hans’ orbit and spent time in London and Europe honing her style, it becomes very apparent what an accomplished and unique artist she became.  Her self portraits are the works that strike me the most – the gaze always direct and uncompromising.  She stares out of each portrait with a powerful sense of identity and conviction that I find both inspiring and very moving. She found herself, her own style, her own voice – not as the progeny of a famous parent but as her OWN PERSON.  She may have grown up in her father’s shadow, and been known for much of her life as the daughter of Hans Heysen, but her work transcends this.  Reflecting on her own experience of parenthood, Sylvia Plath expresses this reality in her poem ‘Morning Song’ when she writes:

I’m no more your mother
Than the cloud that distills a mirror to reflect its own slow
Effacement at the wind’s hand.


(from Collected Poems, published by Faber and Faber, 1965)

As I left the gallery, still mulling over what I’d seen and thought, I was left with a refocused sense of what parenting can be.  Rather than projecting ourselves into and onto our children and imbuing them with OUR hopes for their potential and future, can we perhaps let this go? Perhaps we could aim to step back and give them space to become themselves.  And let them paint their own onions. 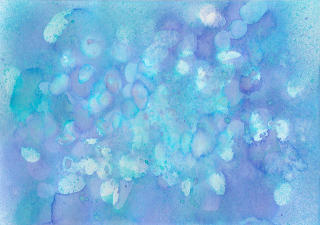 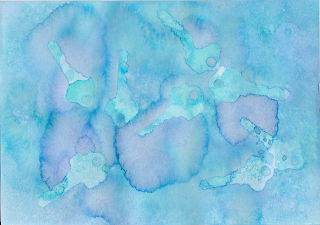 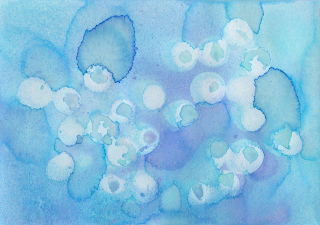 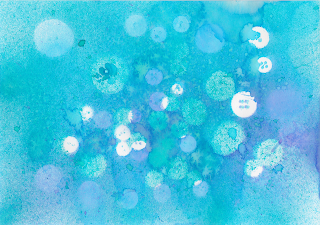 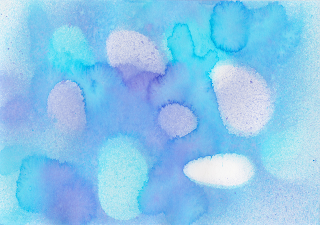 Posted by Christine McCombe at 10:13 PM No comments: